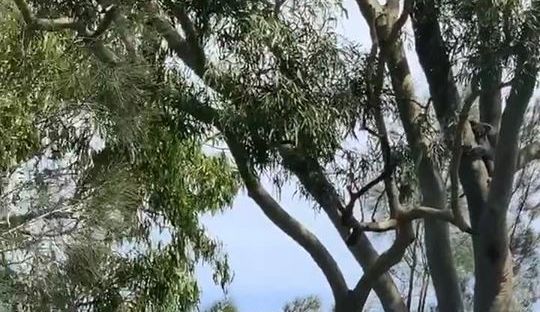 You know you are in Australia when you see a Koala in a tree! Australia’s unique marsupial is so specialized it only eats from around four species of Eucalypt trees. And it needs about 1 kilogram of them every day!

Koalas are super cute but they are endangered, and vulnerable to extinction and may potentially become extinct due to habitat loss, disease, limited interbreeding due to a declining population and more recently, significant bushfires in their natural habitat. At least 8000 koalas are thought to have died in the fires. We don’t know the real extent of loss.

We had koalas in our backyard trees, when I was a child, as we had tall Eucalypt trees. We had two males that were on the prowl looking for a mate, and were resting peacefully when the ranger came to collect them and take them back to the bush. 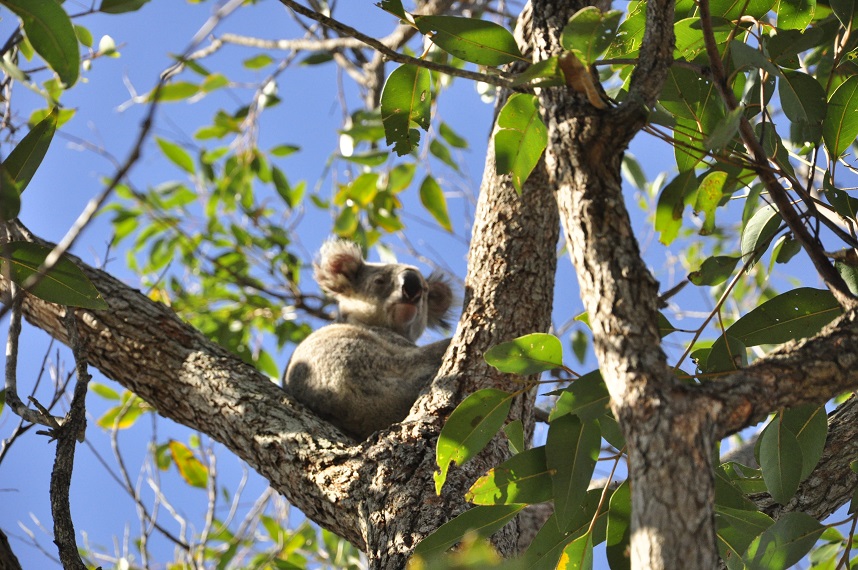 James Tremain, a spokesman for the NSW Nature Conservation Council, said in November that koala decline has been happening “slowly and silently.. and that Koala numbers have plunged over the past 20 years. According to the federal threatened species scientific committee koala numbers in two states have dropped 42% between 1990 and 2010.”

This is significant. How can a species, so specialized, stage a comeback when their food source, their only food source, is continually being cut down without replenishment? Residential areas that are cleared and developed, are not replanted with Eucalypt trees because they are too tall, continually drop branches and leaves and too large for back yards.

We have at least one resident koala in our estate – and we only have a few tall tress in the small Eco Zone between two large sporting fields and an estate of houses (without Eucalypt trees).So what will that wild koala go and what will they eat?

Can you see the koala?

Koalas need oodles of sleep – around 18 hours. You would too, if you ate only one type of food all day, every day! That is why most of the time they are spotted in trees, they are sleeping.

You might be wondering how it survives on just gum leaves, as the oils in the leaves are quite poisonous. The Koalas have adapted to this specialized niche in the ecosystem, by having a very long digestive organ which allows them to break down the leaves and up til know were easily found throughout much of Eastern Australia. I spotted a few koalas on Stradbroke Island a few years ago.

The infant koala is called a Joey and it is pretty useless when it is born. Blind and earless when born the joey must use its strong sense of touch and smell, as well as natural instinct, to find its way into the pouch or face death. Being a marsupial it requires extended antenatal care that amounts to six to twelve months in its mother’s pouch, where it continues to grow and develop. After the first six months, the young koala will ride around on its Mother’s back until it reaches maturity.

I am kind of glad I am not a mumma koala!

I've been on a journey for around two years now, a seachange, building a house on a peninsula, close to the sea.
In living life on Australia's eastern coast, this blog is about cooking, navigating retirement, finding peace and helping others.
I have always liked writing and community; it's in my blood. Blogging, for me, is about conversation and community, as much as it is about content, information sharing and documenting pearls of wisdom that might enrich another person's life.
Join me here at, 'A Home by the Sea.' You're always welcome.

Looking for Something Specific – Search for it here

See What I see in My Retired Sea Change Lifestyle